Coin Wrap to Bedlah Sew Along Task 2: Build a Bra Base (Part 1) 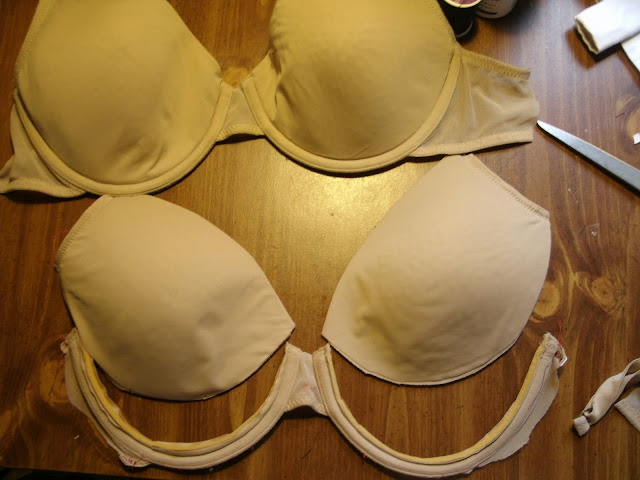 Supplies:
Ok, I'll admit my bra building got a little out of hand. I had 2 old bras of the same type. I decided to keep one set of cups as the base and cut up the other to make cup extensions so that all of the bra base would be from the same materials. It was a good idea as far as repurposing old bras but I don't think I'll do it again. I prefer my old way of making extensions in the same manner I make side straps - multiple layers of fabric hand stitched on. I have ended up with a pretty hideous Franken-bra. Luckily, it all gets covered in "part 2" of bra building with another layer of felt to smooth out the cup surfaces. I intended on having that done for this post but hey, I'm only human. And really wanted to play Xbox instead.

Right, so the goal of this week's task is to get your bra cups reinforced, extented, or otherwise in the shape you want them in (if needed), also make and attach side straps. Next week we will finish off any left over sewing and tweaking the fit before moving on to Task 3 covering the bra with our base fabric.

Here are links about bra building with instructions, ideas, and inspiration, as well as a link to the Costume Goddess' article on how to build a bra (her instructions also show how to use elastic in the straps if you want some stretch in your bra.)

How to build and cover a bra by the Costume Goddess:
http://shira.net/costuming/cg/bra-cover.htm

Where I steal all my costuming ideas, the great and powerful Ozma's costuming photo gallery:
http://www.facebook.com/media/albums/?id=84299390665 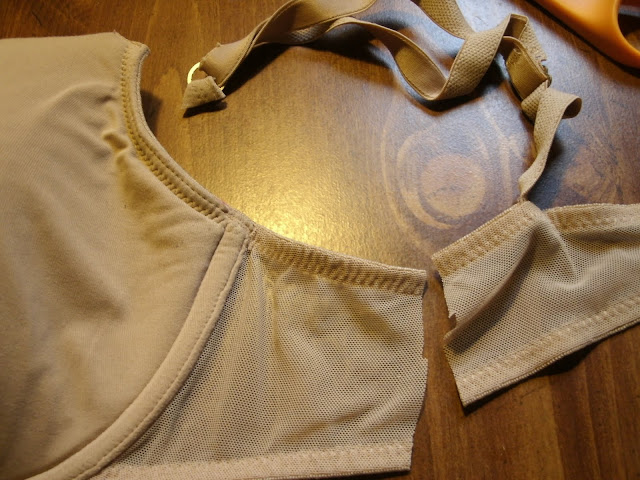 Removing side and shoulder straps 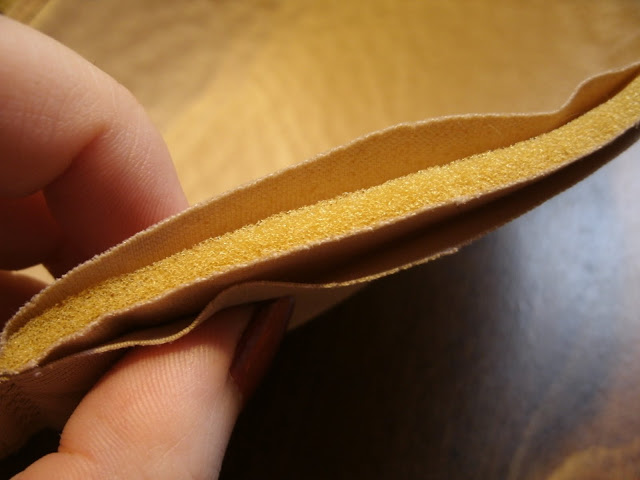 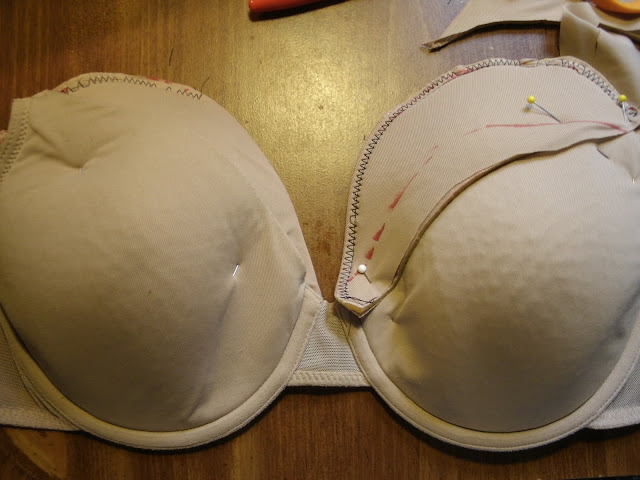 Pinning the extensions in place 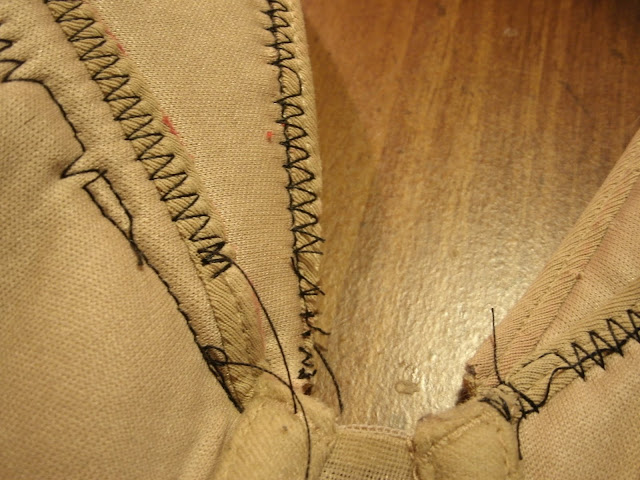 I thought I'd use my sewing machine to attach the extensions. It worked but the machine pretty much gave me the middle finger by the end of it. 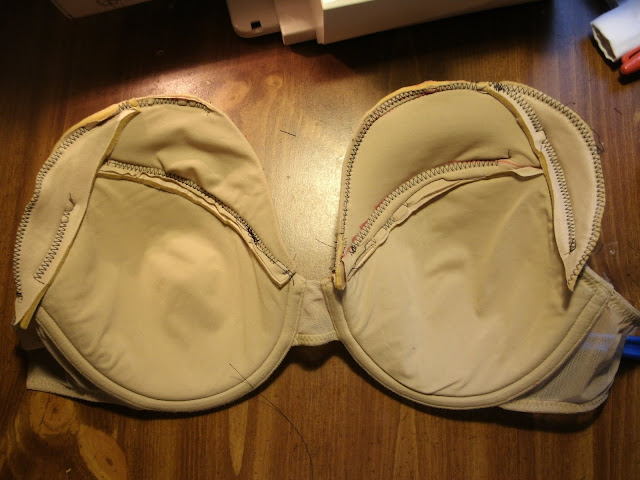 Inside view of upper and side cup extensions. It looks pretty floppy. 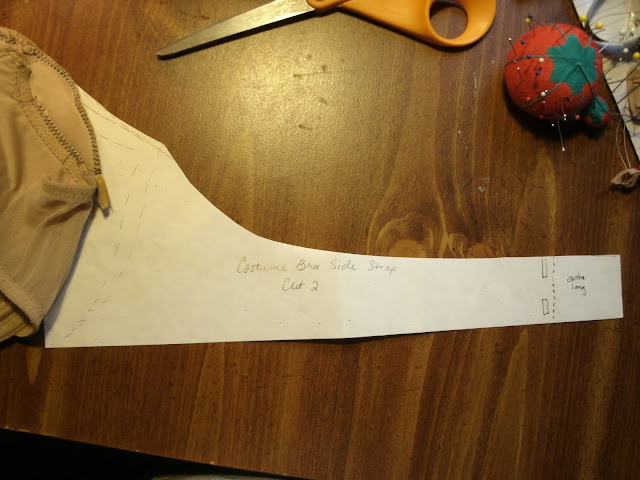 Using a homemade pattern from some sketch pad paper for side straps. 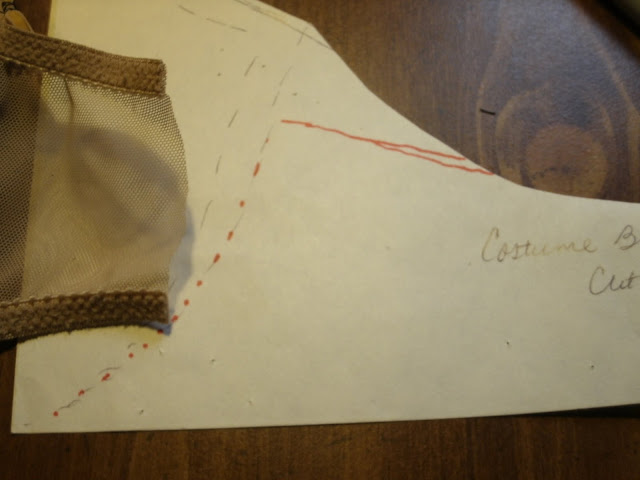 I lined up the underwire marks and made a new line (in red) to match the angle of this particular cup. 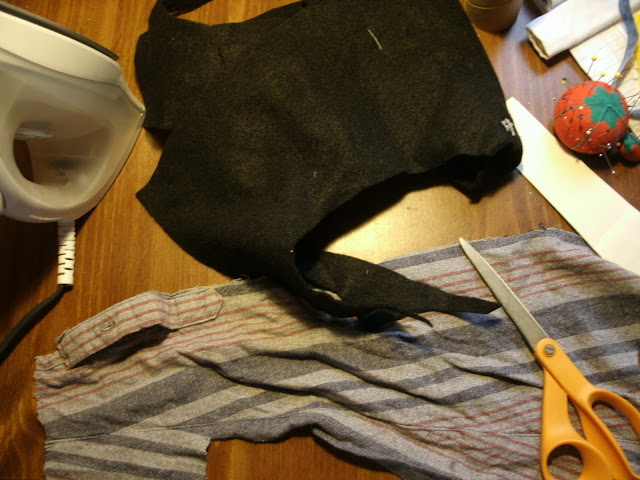 No need to buy new interfacing. I used the sleeve of an old shirt and a few layers of scrap felt to cut side straps. The shirt fabric is thick and canvas-like. 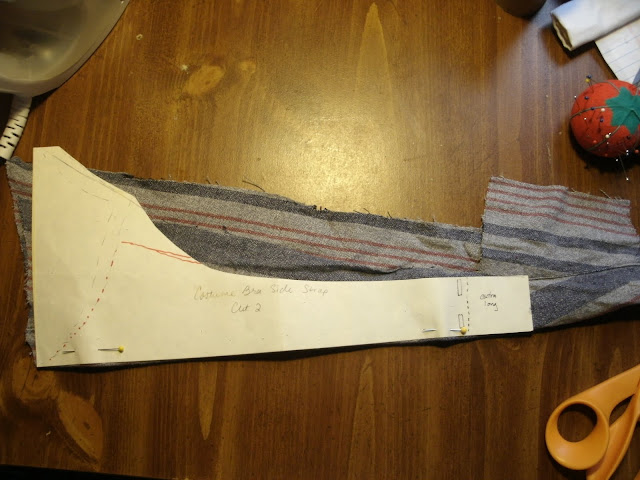 Shirt fabric folded in half so I can cut 2 straps at once. 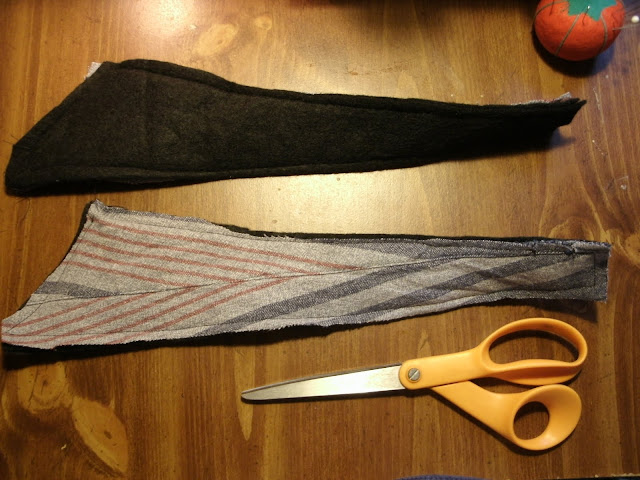 Two layers of felt and one layer of shirt fabric machine stitched around the edges (front and back view.) 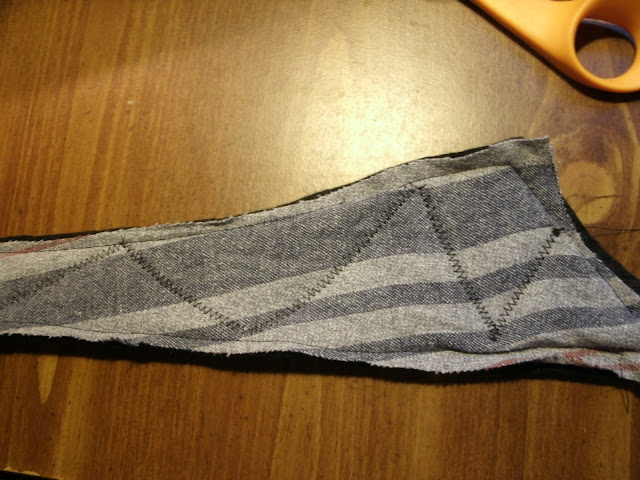 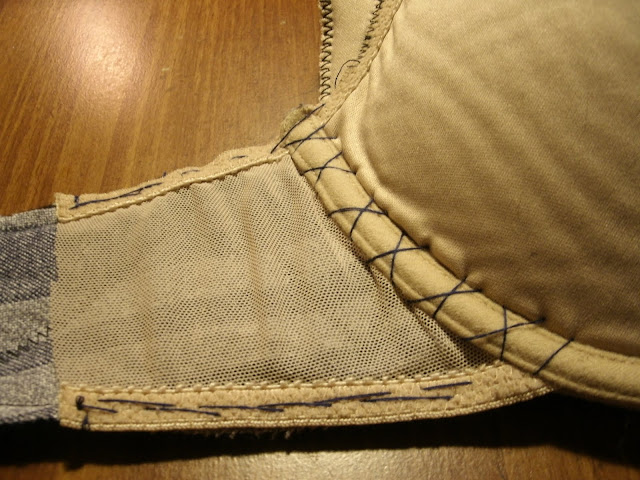 Side straps hand stitched along the edges and underwire of cups, front view 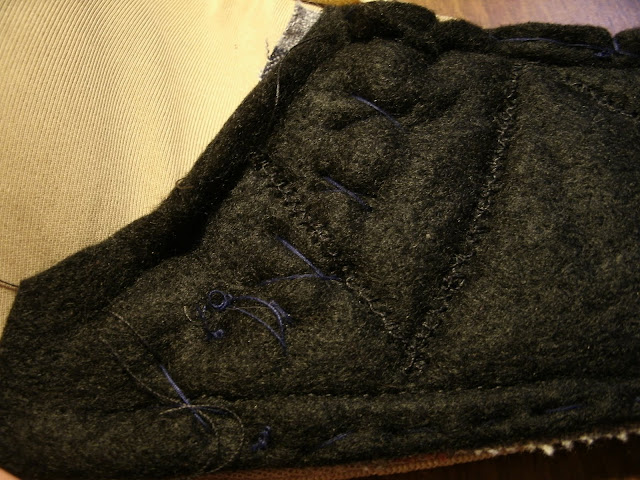 Side straps hand stitched along the edges and underwire of cups, back view 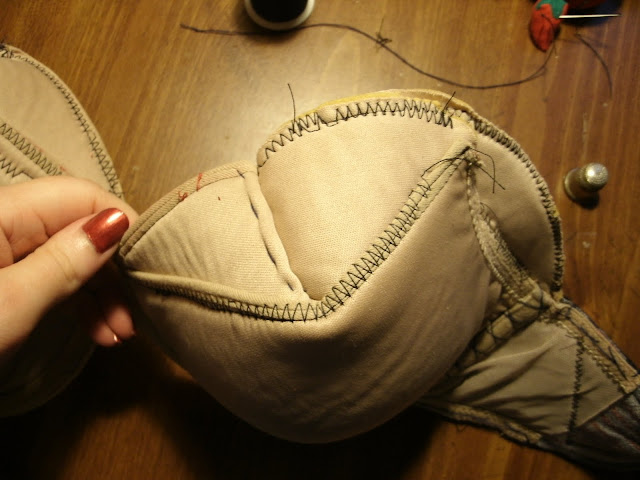 Once I got the side straps attached I "tried it on." The cups weren't form fitting enough so I added darts in the upper extensions to give them some shape.

Want to see ALL of the pictures from my bra build? Check out the slide show below. You can join the Flickr Sew Along group and add your own at http://www.flickr.com/groups/bellydancesewalong/

Email ThisBlogThis!Share to TwitterShare to FacebookShare to Pinterest
Labels: bellydance, costuming, sew along, sew along 1

Got a photo up in the Flickr group. Still strengthening the cups. Hope to finish that up before the weekend so I can start setting up the sides.

Great pictures, thank you! Maybe I'll hit up some of my languishing bra projects.

@pockets Hooray! I'm glad to see someone out there is actually sewing with me =)

Thank you for showing how to actually build a bra. if i see one more "you just put bling on the cups" or "just cover with shiny fabric" i'm going to loose it :D
been building costumes for over 15 years.
Zafirah

If you need your ex-girlfriend or ex-boyfriend to come crawling back to you on their knees (even if they're dating somebody else now) you gotta watch this video
right away...

(VIDEO) Get your ex back with TEXT messages?